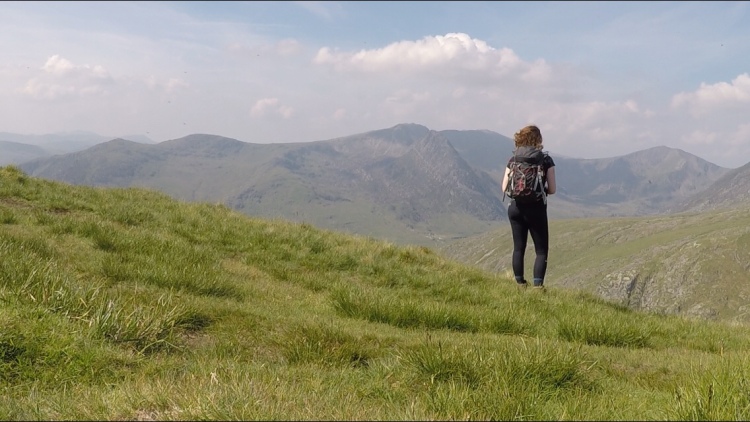 For anyone who knows me, they’ll know I have a tendency to live up to certain redhead stereotypes​, namely my ability to get sunburnt in 0.5 seconds whilst wearing factor 50 and my slightly short temper. The latter is particularly applicable if people question where I belong. Or more precisely where women belong, and frankly I’m so over it.

Hiking at the weekend I walked past a group of elderly gentlemen sat having lunch at the top of Glyder Fach, rather than the usual mountain hellos they didn’t acknowledge me, instead continuing on with their conversation. Nothing wrong with that you might think, and I would have agreed with you, did their topic of conversation not happen to drift over to me as I made my way across the stones from Bristly Ridge to the​ summit of Glyder Fach. They were debating women in the mountains, and I’m ashamed to say it wasn’t how do we encourage more, rather why they weren’t capable of being there all, with comments ranging from not knowing how to navigate to physically not being built for it and not having the mental strength for long endurance.

Now I’m all for a healthy debate, I think its incredibly important for people to share opinions and ideas, but this reminded me yet again why we’re still having to push for change.

In my mountaineering journey I’d say what I’ve done so far is pretty tame when compared with the incredible achievements of others. But it’s given me enough skills and knowledge to be comfortable and confident in the UK mountains.

Whilst the average person who passes me would never know these things, it doesn’t mean they have a right to project their own judgement or prejudice onto me. On and off I’ve had a whole host of questions and comments thrown at me when I’m out and about, from other solo hikers, both mixed and single-sex groups out on the hill, non-hikers, audience members at talks, the list goes on. And it’s not like they are just saying hello or asking a friendly how are you doing?

Why should it be a surprise that I’m out in the UK mountains on my own? Why do you need to check if my invisible boyfriend is further up the route? Why do you think I need to turn around because it’s a bit hard ahead when you didn’t pass comment to the people in front? Do I really give off the impression of being that ill skilled? Or is it simply that I’m a woman and you’re not used to seeing us on our own outside in the mountains? It’s not like these questions are only coming from men, I’ve had my fair share of well-meaning women asking me if I’m sure what I’m doing is safe, if I wouldn’t rather do something else, something less dangerous.

It’s not like this happens all the time, once every month or so perhaps. Thankfully I’ve never been one to bow in the face of adversity, but if I wasn’t as strong a personality I’d probably not be enjoying the outdoors as a solo hiker thanks to the wonderful judgemental greetings I’ve had from people over the years.

There are more women embracing the outdoors now than there ever has been, something I couldn’t be happier about. But if we want this growth to continue this sort of behaviour needs to start coming to an end. I’m all for the well-meaning question or statement from fellow mountain enthusiasts but regardless of if you’re male or female maybe think twice before you pass comment. Are you doing it because there’s a legitimate risk ahead that the person appears unprepared for, or are you doing it because they’re doing something you’re not personally used to seeing? If it’s the latter maybe keep that comment to yourself.

To those guys on the hillside, I’ll likely never see you again and you’ll likely never read this, but I hope you broaden your perspective on what women are capable of, pick up a book, browse the internet or watch a documentary with a woman at the centre, there’s plenty out there you just have to look a little deeper for them. And if you ever want to see how women ‘cope’ in the mountains here is your personal invitation to come on a mountain adventure with me, I assure you it’s highly unlikely that I’ll be the first one to break.

4 thoughts on “Women in the outdoors – it’s time to stop with the assumptions!”